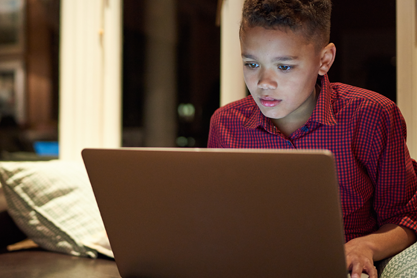 Henry Ward Beecher once said, a word is a “peg to hang ideas on.” A single word can conjure a host of meanings and associations. “Dyslexia” is such a word.

In the last couple of years, the well-known and respected researchers Julian Elliott and Elena Grigorenko have been arguing that it is time to do away with the “D word.” In The Dyslexia Debate (Cambridge University Press, 2014), they object to the word because many misunderstandings, false claims, and myths are associated with it.

For example, say Elliott and Grigorenko, dyslexia is often characterized as an obscure disorder of the visual system that produces symbolic reversals and that affects brilliant (Einstein-ish) males of a privileged class. (In fact, reversals, high IQ, and visual deficits do not distinguish this type of reading difficulty.) Dyslexia is often described as a “gift” of cognition associated with problem-solving ability and creativity – although scientific evidence for such a claim is scant, and dyslexia can affect all levels of society and all levels of intellectual ability. Dyslexia is frequently treated as a unique condition requiring specialized instruction that differs in important ways from effective instruction for all students who must be taught how to read – although, again, research suggests otherwise.

Objections by critics also extend to the policies of states that have established service delivery systems for students with diagnosed dyslexia. The guidelines for identification are designed to distinguish dyslexic students from others with reading and learning difficulties and provide them with instruction by specially certified teachers. To access the services—which are funded separately from special education, school improvement grants, Title I, and general education—students must undergo individual evaluation, which can be expensive, time-consuming, and often, of questionable validity. Meanwhile, many months (or years) might have passed before students receive the interventions that should have been available to them immediately upon entering school. Furthermore, students who may be designated “Tier 2” and “Tier 3” under an RtI system, but not referred to for dyslexia evaluation, may have very similar instructional needs that are not met.

The Dyslexia Debate contends that the solution to problems of definition, identification, and treatment of students with reading and writing difficulties is to do away with the term dyslexia in favor of terms such as developmental reading disability. I disagree. Here’s why.


Acceptance of the term in educational circles remains a frustratingly slow process. But we should not eject the term from our vocabularies because it is abused or misunderstood. Doing so will not solve our problems. Informed, immediate, intensive structured language teaching for all students at risk—including those for whom the term dyslexia has been used—should be our goal. We still have much work to do to apply scientific understandings to the recognition and treatment of all reading difficulties, but it’s possible to challenge myths without throwing out this very meaningful “D” word.

There is more to a student than the ability to read. Potential comes in all forms. Dr. Louisa Moats' LANGUAGE! Live offers more for struggling adolescent readers than any other product, all in one affordable solution.

Editor's Note: This blog is a re-post of one originally published on October 21, 2015.