Growth Mindset in Education: More Than an Attitude 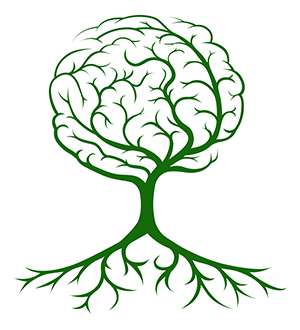 Among the recent trends in education, few are as notable (for the right reasons) as the growth mindset. This belief is, fortunately, very simple to understand. Mental abilities and other talents can be developed through dedication and hard work.

The opposite of the growth mindset is kind of a downer. It’s called the fixed mindset, and it suggests that intelligence, talent, and other abilities are more or less fixed at birth. It doesn’t matter what you do; you aren’t going to get better. (See, I told you it was a downer.)

We owe the popularity of the growth mindset to Carol Dweck of Stanford University. Although she didn’t invent the term, her book Mindset: The New Psychology of Success (2006) started the movement in education, and she remains the leader of the movement. The growth mindset isn’t about grade competition or students’ test scores; it is a movement intended to help students strive for personal growth and recognize their great potential in everything they undertake. Scott Barry Kaufman describes the growth mindset with these words: “There’s no doubt: Dweck’s growth mindset theory has been incredibly influential in education. I just see so many more possibilities. Not just for education, but for all of us.”

Kaufman is, by the way, the poster child for the amazing outcomes possible through the growth mindset. Read this interview, and you’ll understand why.

The growth mindset is a team game. For it to be effective, teachers, parents, and especially students have to buy into the concept. It’s not a hard sell because the cost is low (giving up a downer belief), and the benefits are high (students do much better in everything they undertake).

Think Big; Believe in Your Brain

Things get a bit sticky here. The brain, unlike some other organs, doesn’t grow new cells, with the possible exception of the hippocampus, the part of the brain most involved in memory and learning. Doesn’t that mean the growth mindset is just an attitude change?

It involves an attitude shift, that’s for sure. And it requires a commitment, as we are reminded by the rock band Journey and their classic anthem “Don’t Stop Believin’.” When we believe in ourselves and others, we get it done, even if we have to struggle. (Productive struggle is one of the hallmarks of the growth mindset. It is also a theme of the movie The Karate Kid, as exemplified by Mr. Miyagi’s exhortation to Daniel, “Wax on ... wax off.”)

But really, there is something else going on. When humans engage in the activities associated with the growth mindset, like pushing ourselves to try slightly more challenging cognitive tasks, we may be promoting neurogenesis, the creation of new brain cells.

Not surprisingly, as we strive to learn difficult things, the new brain cells are put to work and stay healthy. If they are not occupied, they may wander away. The exact mechanism that is responsible for both neurogenesis and fading has not yet been clearly identified, but researchers are continuing to work on discovering the answer.

In addition, when we attempt to learn new things, the neural connections that we already have are enhanced. Our brain cells (neurons) communicate with one another through synapses. These connections get stronger and more redundant through the process of learning. Reduncancy, in this case, is a good thing because there are more connections to maintain memories.

Remember that song I mentioned earlier from the ’80s rock group Journey? If you knew of the group and the song before, your existing neural connections have been enhanced (or rudely awakened?). If you didn’t know of the group and the song before, you can thank me for some new neural connections. Be sure to check out the song on YouTube or some other source. It’s a great workout song, and one of the best times to hear it is at mile 20 of your next (or first) marathon. If you hit the proverbial wall, don’t stop believing. You’ve got this!

The chief reason why it is important to mention the neurological concomitants of the growth mindset is to ensure that people understand it is real. Cognitive or emotional development is usually subtle and takes a long time. The growth mindset doesn’t have overnight effects, and it is hard work. In addition, many adults grew up at a time when there were two kinds of kids: those who “had it,” and those who didn’t.

Skeptics often dismiss the concept as a catchy phrase with little substance. Perhaps worse, others pay lip service to the phrase but don’t actually believe it. I am convinced that the growth mindset is real. Children (and adults) who challenge themselves realistically and put forth a worthy effort build stronger brains. They are making themselves, to paraphrase the tagline of the television show Six Million Dollar Man, better ... faster ... smarter.

It is probably necessary to interject at this point the qualification that all of us are born with a different set of equipment (physical, intellectual, emotional, interpersonal ... you know what I’m talking about). Those of us who believe in the growth mindset recognize individual differences and certain advantages that are associated with them. But how we use what we’re born with is up to us, and as educators, this is one of the most important lessons we can instill in our students. Don’t stop believing in them, and do all you can to help them believe in themselves.

Can you think of any examples of growth mindset from books, movies, games, or websites? Is there a movie or literary character who represents growth mindset to you? Please post your thoughts in the comments below or to our educator community on Facebook!