Math Standards, Research, and the Making of an Intervention Curriculum 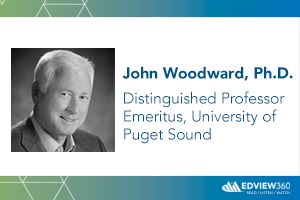 One of the most consistent refrains I have heard in my career as a math educator is, “Where is the research for that?”

That kind of criticism was particularly intense when the National Council of Teachers of Mathematics (NCTM) dominated the mathematics landscape in the 1990s and early 2000s. The first NCTM Standards in 1989 were adopted and slightly modified by states throughout the country. Select curricula initially funded by the National Science Foundation at the time tried to embody the 1989 Standards’ core emphasis on problem solving and communication.

In the “math wars” that followed, many educators considered (and often dismissed) the NCTM Standards vast and too aspirational. They also poignantly asked, “Where is the research?”  Straightforward, direct instruction teaching that helped students demonstrate procedural competence had a research base in both mathematics and educational psychology. “Why should we waste valuable class time having students discuss mathematics or individually articulate their thinking in detail?”

What debates about “research-based practices” often miss, however, is that standards also reflect a shift in values, thus making some of them ahead of the current state of research. Moreover, values are more than just the well-developed opinion of a like-minded group of educators. The Common Core Standards (2010), for example, reflect a careful review of math practices from countries around the world that generally have high levels of performance on international assessments. Most importantly, the values behind math standards reflect the undeniable and dramatic influence of rapidly changing technology. What it means to be “mathematically literate” in today’s (and tomorrow’s) world is significantly different than what it was in the 1980s.

Nonetheless, various agencies in the U.S. Department of Education have tried to keep up. The What Works Clearinghouse (WWC), for example, has funded an array of expert panels in the area of mathematics who have crafted instructional recommendations based on a thorough review of high-quality research. The results from these panels are “Practice Guides” developed intentionally for teachers, not just other academics. The recommendations from these guides do not attempt to provide a comprehensive foundation for all of the math standards found in state and national guidelines today. Instead, they give research-based guidance to core practices in topical areas such as fractions, algebra, and problem solving.

On November 3, I’ll be presenting a webinar for EDVIEW360 called, “Math Standards, Research, and the Making of a Curriculum: Evidence-Based Practices from the IES Guide.” This webinar will review the recommendations from the recent WWC publication—Assisting Students Struggling with Mathematics: Interventions in the Elementary Grades (2021). I hope you’ll join me as I share how recommendations from a practice guide like this can be embedded as a standards-based curricula for students who are failing mathematics in the intermediate and middle grades. After all, what good are standards if they are not concretely available to teachers in form of a daily curriculum? An even larger purpose of this webinar is simply to answer the question that I have heard throughout my career, “Where is the research for that?” I hope you will join us November 3.