A New Bias: The Poverty Problem 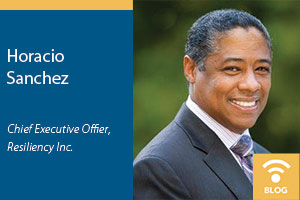 REGISTER FOR THE WEBINAR

In the simplest terms, bias is defined as the brain taking a shortcut to reduce cognitive load. Our brains learn by making associations.

As the human brain evolved, the brain automatically associated things that are disproportionally connected in our environments. For example, when teachers review test data, if a subpopulation consistently underperforms, eventually, when the educator sees a student from that subgroup, their brains will associate them with poor academic performance. The mind is attempting to eliminate steps, so you don't have to focus on frequently correlated things. The problem arises when the brain makes an association that you don't want because it can detrimentally bias conscious thoughts.

Teachers are aware there is a higher occurrence of low-academic performance, behavioral problems, and poor decision making among low-income students. They are also aware that Blacks and Hispanics living in America are more likely to live in poverty. According to the 2017 census, Blacks are more than twice as likely as Whites to live below the poverty line. Many economic policies instituted after slavery restricted economic opportunities for Blacks. Today, two-thirds of Black children will experience poverty. The result is the subconscious association of Blacks to poverty.

The patterns associated with poverty in America have created a new bias in the school setting. It is difficult for teachers to see a Black student and not subconsciously associate them with the behaviors commonly exhibited by low socioeconomic students, and research confirms this.

The association will prime teachers' brains to expect poor academic performance, inappropriate behavior, and poor decision making. Researchers have concluded there is no other explanation for some of the disproportionate representation of Black students in educational data other than implicit bias.

Some explain the gap in student performance as simply race related. However, race alone cannot explain the disproportionate academic and behavioral outcomes experienced by most children of color. I am not saying race is not a contributing factor. In America, we have compounded the issues of race to be so closely tied to the problems of the poor that we have falsely attributed them to people of color.

While schools continue to focus on the achievement gap between White and Black students, they have missed a salient point. The income-achievement gap has widened substantially over the last 25 years. However, the emergence of a Black middle class and its academic performance illustrates that race does not inherently cause poor school outcomes.

The issue is that so many Blacks are included in the income gap; it goes unnoticed that it is not a racial gap but an economic gap. The historical pattern of poverty associated with people of color in America produces the bias of seeing someone of color and subconsciously associating them with a wide range of behaviors commonly connected with the poor. Later this week, I will address these issues and what we can do about them to help all students achieve during my EDVIEW360 webinar, “The Poverty Problem—The Impact of Poverty on Learning and the Brain.” The presentation is part of Voyager Sopris Learning’s Social Emotional Webinar Series, and I’ll be giving each registrant a free poster and the chance to win a copy of one of my books.

What can educators easily do?

Teachers can modify the curriculum

I hope you’ll join me later this week on Wednesday, Jan. 13, for my EDVIEW360 presentation, “The Poverty Problem—The Impact of Poverty on Learning and the Brain,” where I will address these issues and what we can do about them to help all students achieve.

Horacio Sanchez, CEO of Resiliency Inc., is the author of The Poverty Problem. The book explains how economic hardship is changing our students' brain structures at a genetic level, producing psychological, behavioral, and cognitive issues that dramatically impact learning, behavior, physical health, and emotional stability. This groundbreaking book by one of the nation's top experts in brain science and resilience offers solutions that will change minds, attitudes, and behaviors.